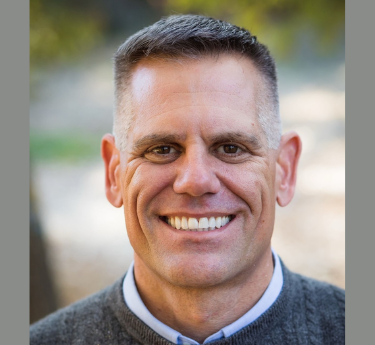 Todd Cusimano’s service to residents in Marin County started in 1994, where he served the communities of Corte Madera and Larkspur as a Reserve Officer with the Twin Cities Police Authority.  Over the next 21 years, Todd promoted through ranks, ultimately becoming the Twin Cities Police Chief in 2010.  In 2013, he was named Police Chief of Central Marin Police Authority after he successfully consolidated the neighboring community of Larkspur police services with TCPA, creating the new Central Marin Police Authority.  In 2016, Todd was named the Town Manager of Corte Madera.

Todd has 28 years of City government experience, including 16 years as an Administrator and Executive in Marin County.  Todd’s experience and expertise lies in long-term fiscal sustainability, delivering infrastructure improvements, providing strong community engagement, prioritizing outstanding customer service, and continuing to advance diversity, equity, inclusion and justice throughout all levels of the City government and community.

Over the last 28 years, Todd has had extensive involvement in County and Statewide initiatives. He currently serves on the Executive Boards/Operations Committee for the Bay Cities Risk Pool, Marin Emergency Radio Authority and Marin Wildfire Prevention Authority and is also the Co-Executive Manager for the Central Marin Police Authority and the Central Marin Fire Authority.  He is engaged with the California League of Cities and participate in discussions and problem-solving efforts involving important statewide legislative and policy issues to best position Corte Madera for future success.

Todd holds a Bachelor of Science degree in Criminal Justice from Kaplan University and a Master’s degree in Business Administration with an emphasis on Public Administration from Columbia Southern University. He is a graduate of the FBI National Academy, the Berkeley Executive Leadership Program and the Sherman Block Supervisory Institute.  Serving the community of Corte Madera has been a life-long career for Todd.  In his free time, Todd enjoys spending time with his wife and children, attending family events and cheering for the Dallas Cowboys.

About the Position of the Town Manager and the Administration Department